When you install Service Pack 2 (and maybe SP1 too) on Exchange 2010 it resets the SSL flag on the root directory of the IIS website. You might have removed this setting for a number of reasons, mainly to do with having a HTTP to HTTPS redirect, but it can also be removed if you are doing SSL Offloading to a load balancer and that load balancer checks the state of the client access server by doing HTTP requests for the root home page. The Citrix Netscaler is one such load balancer that has this as a default setting.

The configuration documentation for the Citrix Netscaler (found here) does not discuss changing the load balancer to use a different directory on IIS to monitor the availability of the site, so when you install SP2 for Exchange 2010 and that update resets the root directory to require SSL, your load balancer thinks the site is offline and does not pass through any traffic! 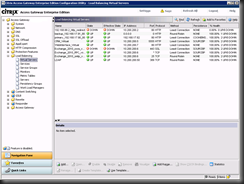 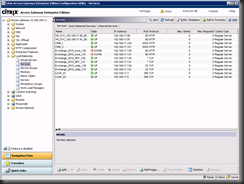 To fix this issue in the short term, just uncheck the Require SSL option on the root of the Default Web Site on each of your Client Access Servers. Your load balancer should notice within a few seconds and service will resume, for example the Citrix Netscaler checks the root directory via the monitor properties every five seconds for a HTTP success code (and not a HTTPS success code!).

To complete these steps do the following:

1. Create a folder in the inetpub directory called “monitor” or similar (in the examples below the folder is called “netscaler_monitor”).

2. Place an index.htm file in this folder that is a very simple webpage that when browsed returns the page. If you want to make the page more complex to include code (so that issues with the code are picked up by the load balancer then this is fine). A simple page would look like the following:

3. In IIS require SSL and then uncheck require SSL – this forces a setting into the IIS config file (applicationHost.config) that says that this folder must always be over HTTP and not require SSL. If you do not do this then this folder will take the setting from the parent folder, and as we have already seen, this will cause the monitor folder to require SSL when you apply the service pack.

This SSL change will result in the following configuration at the bottom of applicationHost.config, which can be added directly to the config file rather than in IIS Manager.

4. Update your load balancer so that it has a new monitor for checking the service state on the managed machine. This monitor would be something like the following for a Citrix Netscaler, each load balancer being different. This monitor checks HEAD /netscaler_monitor/ and expects to get back a 200 status code. You need to change the folder name to match, but ensure the / is before and after the folder name. 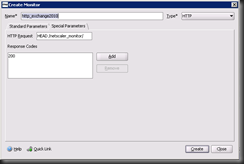 5. Change the configuration for each client access server in the load balancer so that it uses the new monitor rather than the default HTTP monitor. 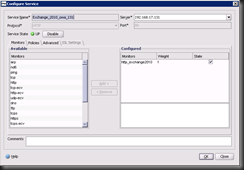 6. Save your changes to the load balancer. The next time you service pack Exchange 2010 the resetting of the SSL flag on the root directory will not cause you any issues.